Growing Pains: Why Adolescence Is About To Get That Much Harder | New York Employee Benefits

Employers that are growing up, and are in the awkward teenage years, are about to get a big surprise, and not the good kind.

When a company first opens, they are excited when they first implement their benefit plans for their handful of employees. They offer one or two medical plans, perhaps some dental and vision, and a small life insurance policy. 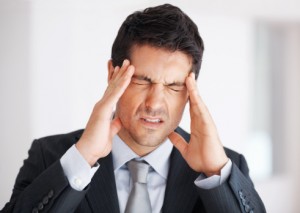 The company knows that the small group rates will be high, but not much can be done, so they live with it. The rates are based on the employee’s age and where the company is located. They rely on their broker to show them the different options and help them offer plans with the best value to their employees.

Then the company starts to grow. They hire a few more employees, they have to look at making their benefit offerings richer so they can be leveraged to recruit new talent and retain the talent they have, and they have to begin concerning themselves with additional requirements such as the Consolidated Omnibus Budget Reconciliation Act (COBRA). The rates are still the rates; still high, but manageable. They may experience some discomfort that comes with growing up, but nothing that they are not able to overcome.

As the company ages and continues to grow, they may come to the awkward teenage years; when they are almost up to 50 employees, or slightly more than 50 employees. Not really a “young” company, but not yet a well-established “adult,” and the growing pains become more noticeable. Now they have to be concerned with the Family and Medical Leave Act (FMLA), sexual harassment prevention training, and whether or not to move to an online human resource information system (HRIS) and benefits enrollment system to make onboarding of employees easier.

In addition, once they exceed 50 employees, they can move away from small group medical insurance to mid-market or large group medical insurance plans. These plans are composite rated instead of rated on the employee’s age. And once a group is that size the carrier can collect more claims data and rate their plans based on that data, instead of the larger pool of clients/members that are used to rate small groups, which may lead to lower rates.

The Patient Protection and Affordable Care Act (PPACA) has changed the rules slightly and it will mean the growing pains of adolescence for these companies are going to last even longer and require some strategic planning for 2015 and 2016. The PPACA is changing the classification of small group from 2 to 50 employees to 2 to 99 employees beginning in 2016. Employers of 50 or more employees still have to comply with the employer-shared mandate (“play or pay”), even though they will be considered to be a small group. But that is not the biggest growing pain.

For those companies that currently have more than 50 employees, and have a medical plan with composite rates, they will be moved back to rates based on the employee’s age and location of the company at their plan’s renewal in 2016. Now, why is this such a big deal? They have experienced age banded rates before, right?

Well, for companies with a diverse workforce, with some younger employees, and others that are more seasoned, they are now going to be paying very different premiums for each demographic where they used to pay the same rate, no matter their age. In addition, community rating under PPACA is different from the age banded rating they had before. Previously, employee rates were determined by the age band the employee fell into. For example, 30 to 39, 40 to 49, 50 to 54, etc. Then, if the employee enrolled any dependents, there was a rate for their dependents that was generated based on the age bracket the employee fell into, and an employee with their spouse and one child had the same rate as an employee with their spouse and three children if the employees were in the same age bracket.

As you can see, under the old age banded rating, both John and Jane were paying the same rate, as they both had families, and each were in the 40 to 49 age bracket.

Under the PPACA community rating for small groups, their rates become very different because they are rated not only on their individual ages, but are also paying a separate rate for each dependent based on their ages.

Now, let’s look at it from another angle. Michael and Jennifer worked for a company that moved from age banded rates in 2014, to a composite rated plan in 2015, when they grew to have more than 50 employees. Jennifer was happy, but Michael was not. Let’s see why in the example below.

As a result of the averaged rating under composite rates, Michael had a rate increase and Jennifer had a rate decrease.

Now, imagine being Michael or Jennifer, working for a company that is still in its “adolescence.” The company is still growing, but not yet to a size of 100 employees going into 2016. So they moved from age banded rates in 2014 to composite in 2015, only to have to move back to community rating in 2016. Talk about feeling like a yo-yo!

Then to add insult to injury, they will most likely have to pay even more in premiums as they will be rated on each individual of their family that they enroll in the plan.

It is because of these changes in the insurance industry that make having a trusted advisor to walk companies through these significant changes, and to help strategize and prepare for them, is so important. Many businesses are being blindsided by the significant increase in premiums the community rating structure is causing and employees who are required to pay a portion of their premiums are being blindsided as well.

For companies who are still in those awkward teenage years in 2015, where they have more than 50 employees, but fewer than 100, they will need to determine if they want to risk moving to a composite rated plan for 2015. Will they be at 100 employees or more at their renewal in 2016? If it is not clear they will be that large, they may want to stay on an age rated, mid-market plan for another year, or risk major disruption for their employees in 2016.

For those companies in a state where composite rates are the norm, even for small group, they will need to plan ahead. The employer contribution strategy will most likely need to change from a flat contribution to a percentage so that older employees are not hit with a higher rate increase than the younger employees. The employees of companies with 2 to 100 employees should be educated by their employer about what is coming down the line so that they can have time to prepare themselves and their families.

As an advisor to our clients, we may not always deliver the news that our clients want to hear, but knowledge is power, and it is our duty to give them the information they need to make the necessary decisions, and to plan ahead for the sustainability and growth of their companies so they can mature into adulthood.

For information to help you determine if you are a small or large employer under PPACA, request UBA’s PPACA Advisor: “Counting Employees Under PPACA”