On February 18, 2015, the Internal Revenue Service (IRS) issued Notice 2015-17. This Notice addresses employer payment or reimbursement of individual premiums in light of the requirements of the Patient Protection and Affordable Care Act (PPACA). For many years, employers were permitted to reimburse premiums paid for individual coverage on a tax-favored basis, and many smaller employers adopted this type of an arrangement instead of sponsoring a group health plan. However, these “employer payment plans” frequently are unable to meet all of the PPACA requirements 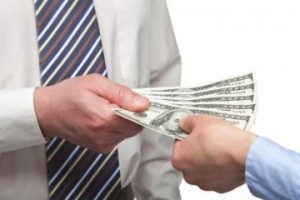 that took effect in 2014, and in a series of Notices and frequently asked questions (FAQs) the IRS has made it clear that an employer may not either directly pay premiums for individual policies or reimburse employees for individual premiums on either an after-tax or pre-tax basis. This is the case whether payment or reimbursement is done through a health reimbursement arrangement (HRA), a Section 125 plan, a Section 105 plan, or another mechanism.

The new Notice reiterates this position. It also clearly states that an employer may increase an employee’s taxable wages to help cover the cost of health coverage if it chooses not to offer coverage, but the employer may not require an employee to purchase health insurance or certify that he has coverage in order to receive the bonus or other wage increase. If the bonus or increase is specifically designated as a premium reimbursement or it must be used for premiums, this would be an impermissible employer payment plan. Under these new rules, if the employer reimburses or directly pays premiums for individual coverage, on either a pre-tax or after-tax basis, it has created a noncompliant group health plan and the $100 per day per employee penalty would apply. Reimbursement and payment of group health premiums is still allowed.

Grace period for employer payment plans sponsored by small employers: The new Notice acknowledges that this new rule may be difficult for smaller employers to adjust to, and therefore the Notice provides that employers that had 50 or fewer full-time or full-time equivalent employees for 2014 will not be penalized for non-compliant premium payment arrangements that were in effect during 2014. Employers that have 50 or fewer full-time or full-time equivalent employees for 2015 will not be subject to penalties for January 1, 2015, through June 30, 2015. In addition to waiving the penalty, these smaller employers will not be required to file the Form 8928 on which non-compliance is expected to be self-reported. (Employer size is determined the same way it is under the employer-shared responsibility rule – the number of full-time and full-time equivalent employees is averaged over the preceding calendar year, although the employer may choose to average lives over a six consecutive month period, rather than over the whole year if it wishes to. The calendar year is used even for non-calendar year plans.) This grace period is limited to HRAs that simply reimburse individual premiums – non-integrated HRAs that reimburse other types of expenses remain impermissible and subject to excise taxes as of the start of the 2014 plan year.

Rules for reimbursing Medicare premiums: The Notice also states that employer payment or reimbursement of Medicare Part B or D premiums for active employees will be considered a non-compliant group health plan, subject to the $100 per employee per day penalties, unless the employer payment plan is integrated with a group health plan. A reimbursement program will be considered integrated if:

This rule applies to employers of all sizes. Employers need to remember that Medicare Secondary Payer rules prohibit an employer with 20 or more employees from in any way incentivizing an active employee to elect Medicare instead of the group health plan. Reimbursing premiums is generally considered an impermissible inducement, and therefore it is unlikely that as a practical matter employers with 20 or more employees are able to reimburse an active employee for Medicare or Medigap premiums. A retiree-only plan is not subject to these PPACA requirements, and therefore reimbursing Medicare premiums for retirees generally is allowed.

Although these Medicare integration requirements apply to employers of all sizes, small employers (those with fewer than 50 employees) that have been reimbursing Medicare premiums for active employees in a way that does not meet these requirements have a grace period until June 30, 2015, during which no penalties will apply.

Rules for reimbursing TRICARE expenses: The Notice also says that employers may reimburse expenses and premiums for employees covered by TRICARE through a health reimbursement arrangement only if the HRA is integrated with a group health plan. The integration requirements are similar to those that apply to Medicare (that is, group health coverage must be available, reimbursement or payment must be limited to employees enrolled in TRICARE, and reimbursement may only be for cost-sharing and excepted benefits, including TRICARE premiums. Prohibitions on incentivizing TRICARE-eligible employees to enroll in TRICARE that are similar to the Medicare Secondary Payer rules continue to apply.)

The Notice also clarifies that when determining if a plan covers more than one employee (which is what brings the PPACA requirements into play), if only one person is covered as the employee (and the employee’s spouse is covered as a dependent spouse and not as an employee), the plan is considered to cover only one employee. However, if an employer has multiple premium payment arrangements, it will be considered to have a single plan with multiple participants, even though one arrangement covers a 2-percent shareholder and the other covers a non-shareholder.